My one non-HK rifle that is a substitute for the HK I want but can't get.

As I said in my introduction, I have a love/hate relationship with HK. I really don't find the G3/HK91 pattern rifle to be all that interesting as a main infantry line rifle. But I do like the work that HK put into their guns overall and especially loved the work they put into the PSG-1 and MSG90. I sure enjoy my USP pistols in .40 S&W and my SLB 2000 in .30-06 Springfield. And it was my SLB 2000 that made me yearn for another rifle. But how did a HK make me go after this rifle you ask? Well, it is a long story.

I grew up around Browning Shotguns and FN pistols (among GLOCK, S&W, and Remington too) and I know that those Belgians can make a quality piece too. When FN came out with their "tactical" BAR, the FNAR. I fell in love. Back when they were brand new, I worked on the side in a gun shop from my regular fulltime job as a cop. It was basically a way that I scored good deals on used firearms and at the time I was big into getting Pre-1982 S&W Wheel Guns for a steal.

Anyways, we has a FNAR on the store shelves and I played with a a few times. It was a heck of a rifle. But I never pulled the trigger on buying one since at the time I was deep in converting my PS90 into a SBR, getting a FN SLP, and pretty much snagging deals. And when push came to shove. The chance of snagging a FNAR vanished. I kinda forgot about it....

I moved to North Florida and found a great little shop that used to be a HK Dealer. That's where I got my SLB 2000 and loved the hell out of it. It was actually new in the box when I got it. And a couple of years later. That same shop got and estate sale. A FNAR that was brand new in the box, old stock from another shop. 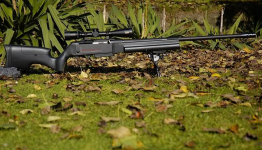 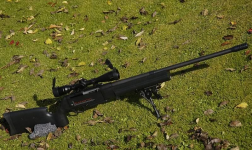 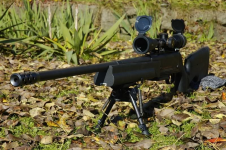 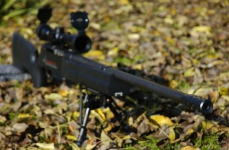 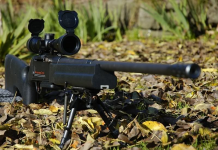 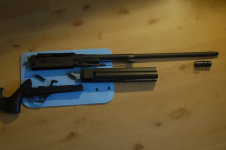 Anyone know of how to import a rifle from Europe? The .308 target versions of the SLB 2000s appear to be somewhat common over there.

Anyone have a similar case?
M

I bought one of those FN rifles, when they first came out. Kinda cool/fun, but didn't fit in my main collections. Not sorry I bought it, that's for sure.
M

MMissile said:
I bought one of those FN rifles, when they first came out. Kinda cool/fun, but didn't fit in my main collections. Not sorry I bought it, that's for sure.
Click to expand...

FN/Browning still makes it. They just sell it under the Browning Label as a the BAR MkIII DBM. They even make a wood stock for it. I'm thinking of ordering one so it matches the SLB 2000.

My SLB 2000 in the upper right of the group photo.