You are using an out of date browser. It may not display this or other websites correctly.
You should upgrade or use an alternative browser.

Yet another new photo: 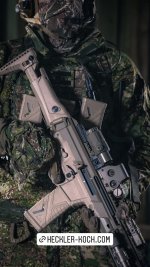 HK really seem to be pushing the 433, given that it stands little chance now of winning the German Army tender unless, 1, the German courts rule against Haenel and rule in favor of their DQ from the trials (which has been delayed again), and/or 2, the German Army decides against the 416.

Either their aggressively marketing it, knowing that some countries are looking for new rifles and trying to make up for lost time (the 433 ended up being a German Army trials exclusive for a long time), or HK are finally killing off the G36 after they fill current orders and know that not everyone wants an AR-15 based rifle.
Last edited: Apr 6, 2022

From playing around with an online image merger site:

Now this is something I wish I could put in my house somewhere (note though that the HK231 and HK437 were (intentionally) cropped out by who shot the video I got the screen cap from): 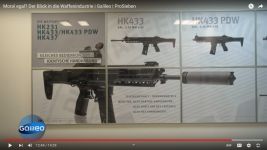 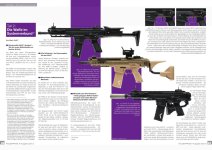 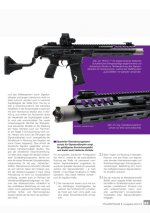 Some photos from Soldier Systems Daily I had sitting around. 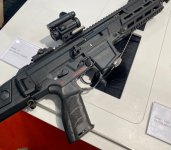 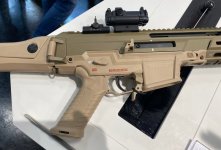 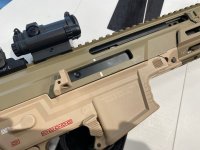 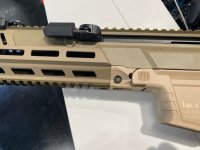 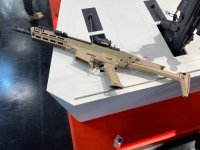 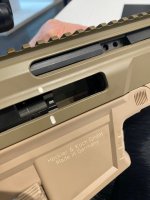 Barn Owl Lover said:
Some photos from Soldier Systems Daily I had sitting around.
Click to expand... 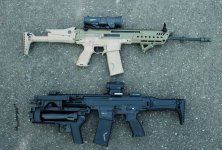 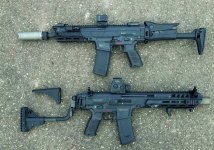 An article that I translated and converted from PDF to JPG: 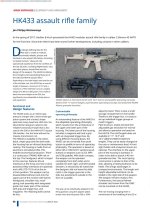 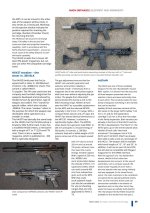 Barn Owl Lover said:
An article that I translated and converted from PDF to JPG:
Click to expand...

Thank you very much for your time and effort.

New photo I found from the HK/A-Tec collaboration article: 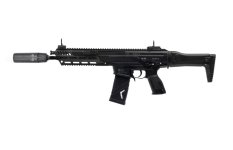 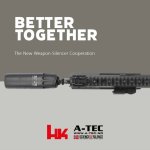 I like that ATEC modular suppressor!
thanks for posting!
M. 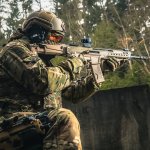 Eurosatory is coming next week, which means that HK is ramping up stuff on social media. Latest photo of the 437: 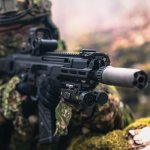 Taking a break from the 24 Hours of Le Mans to post the shortest of the HK rifle caliber long guns: 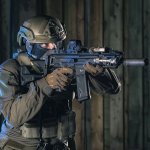 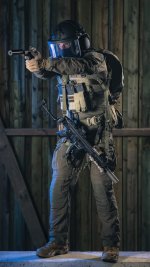 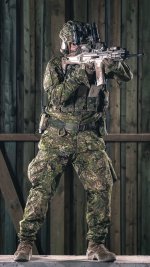 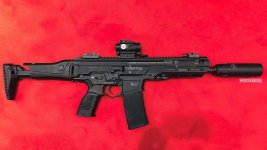 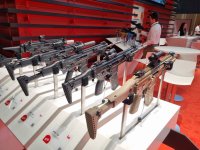 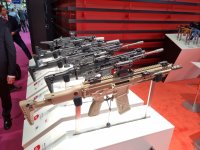 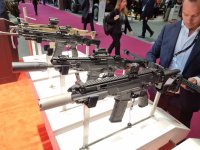 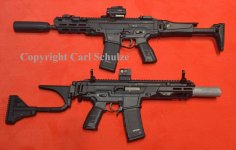 Also, though it's in Japanese, I just found out that Gun Professionals Magazine's June issue has images and some info (though I doubt any new info we don't already know) about the HK433 and other HK rifles (including the G38 Simunition/blank firing training rifle) that were shown at Enforce Tac/IWA this year. You can get both the print mag and Kindle versions on Amazon.
You must log in or register to reply here.
Share:
Facebook Twitter Reddit Pinterest Tumblr WhatsApp Email Share Link
Menu
Log in
Register
Install the app
Top