You are using an out of date browser. It may not display this or other websites correctly.
You should upgrade or use an alternative browser.
Resource icon

No permission to download
Overview Reviews (1) History Discussion
This short guide will show you how to convert a V3 (DA/SA) P2000SK to a LEM. You can have a V0 LEM (Decocker with a spurred LEM Hammer), V1 (Light), or V2 (Heavy) LEM. Though not officially supported by HK, it's an easy conversion that you can do yourself with a few parts and tools.

There is no official LEM kit for the P-series pistols (due to HK's position on LEM conversion on P-series pistols) but parts can be obtained individually from HK Customer Service (706-568-1906), HKWebshop, MidwestGunWorks, TopGunSupply, Brownells, Numrich, or HKParts.

Note: This guide will also work with a P2000 because both pistols are identical.

If you are a resident of Texas and would like to perform this conversion but feel uneasy about taking apart the pistol and putting everything back together, send me a PM. I might be able to offer some assistance.

Below is a photo of the spurred LEM hammer. 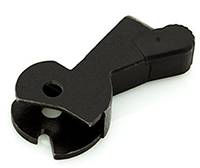 If you want any other LEM variants (V4 or Todd Green), see this Springs Chart for the required parts. 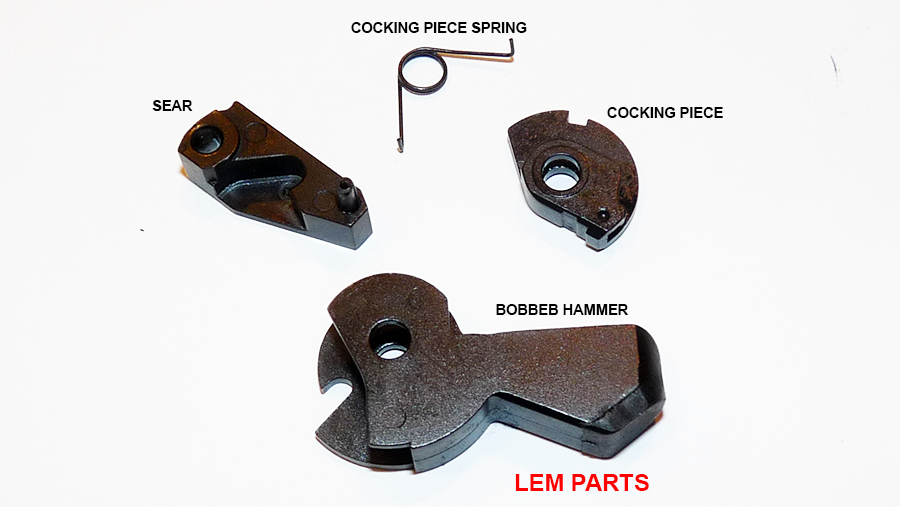 If you are going to convert to a V2 LEM, you'll need to swap the TRS and, therefore, will need these tools:
• 1/16 punch
• Thin, long needle-nose pliers or this TRS Tool from HKParts
• Vise (recommended) 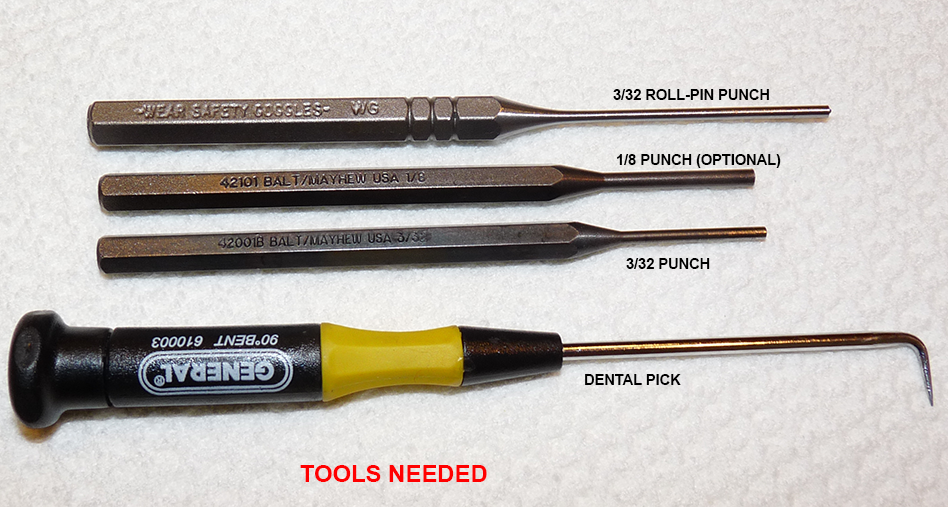 Step 1
• Use the 3/32 roll-pin punch to drive out the pin that holds the backstrap in place. You can use a regular punch but a roll-pin punch will not deform the pin. 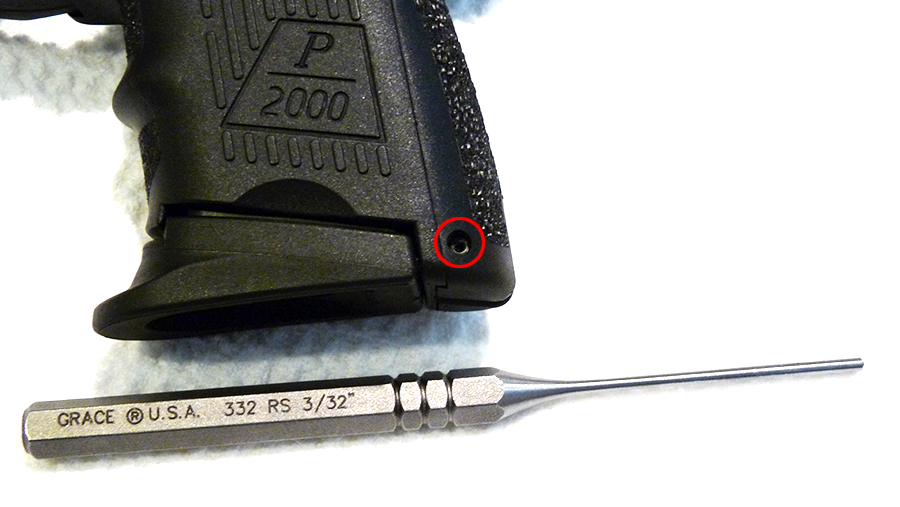 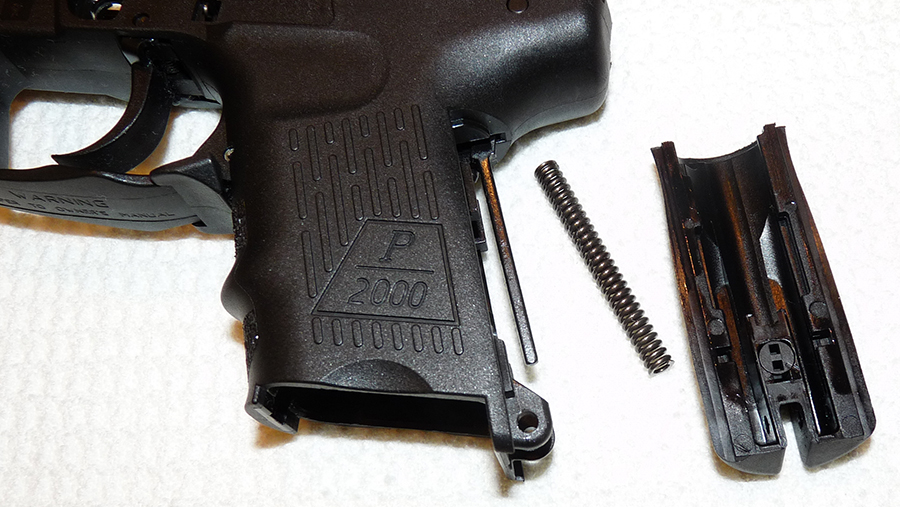 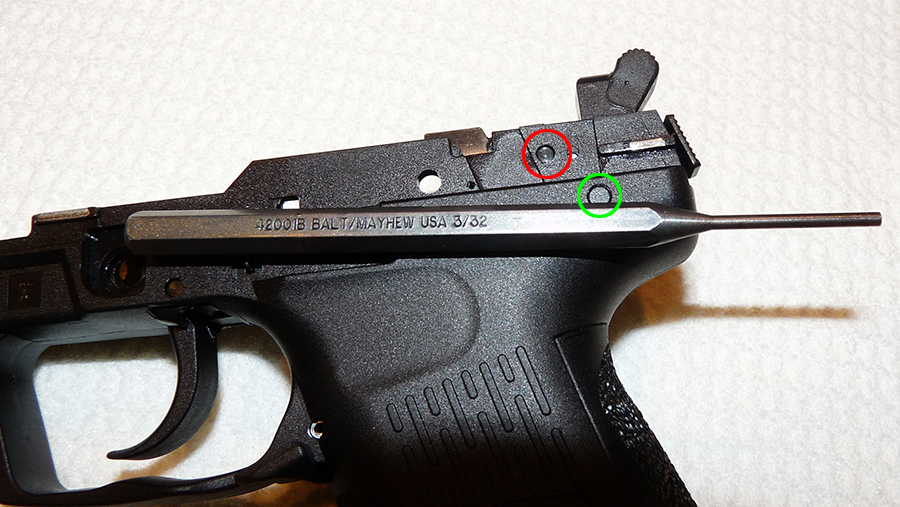 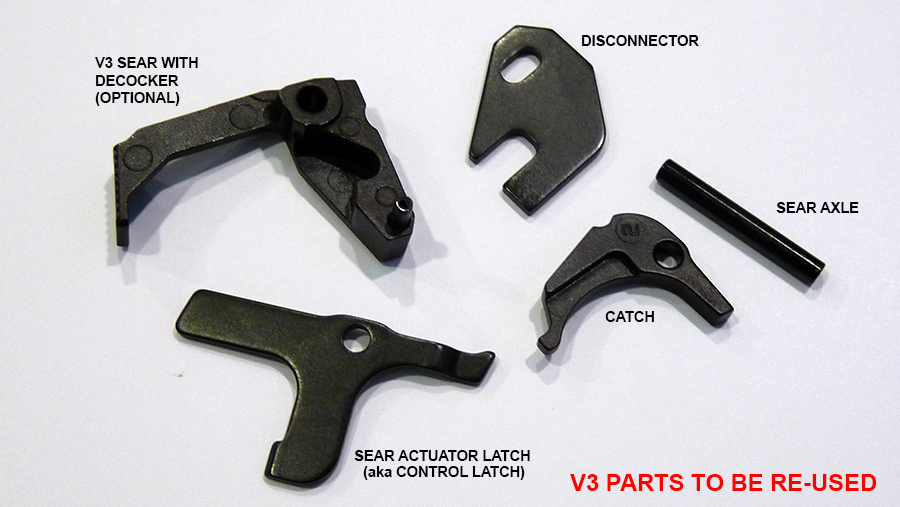 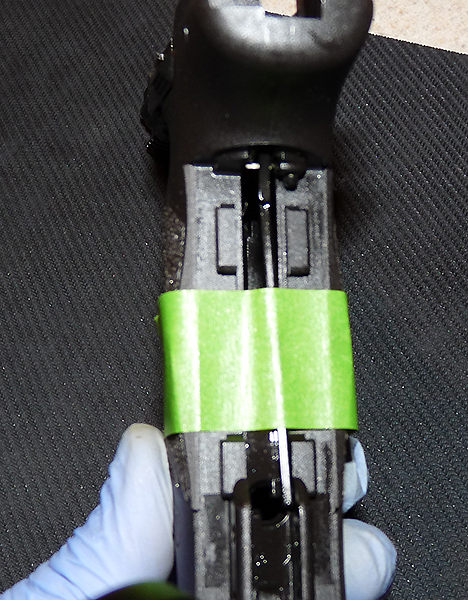 • Note the orientation of the cocking piece spring as well. 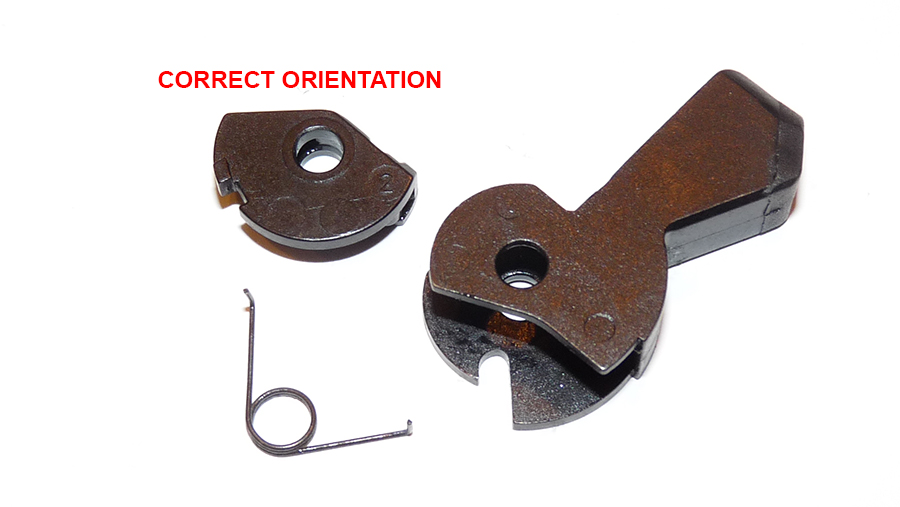 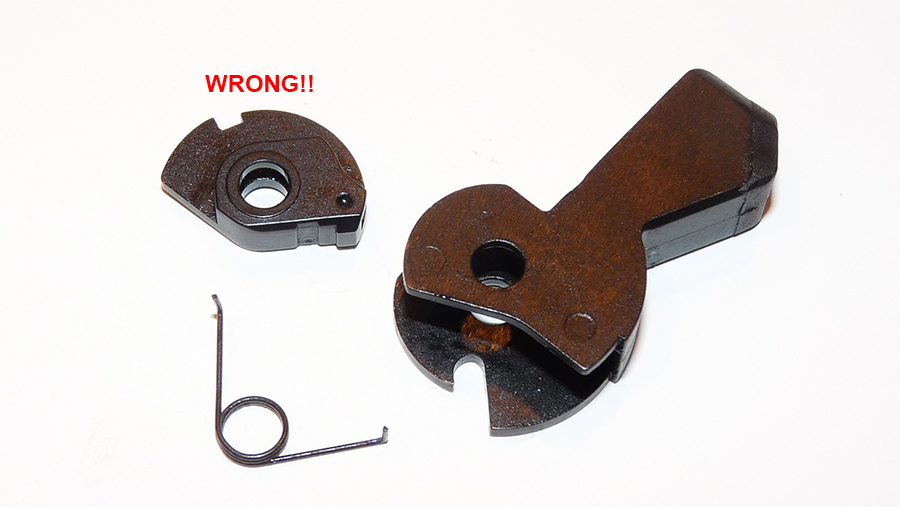 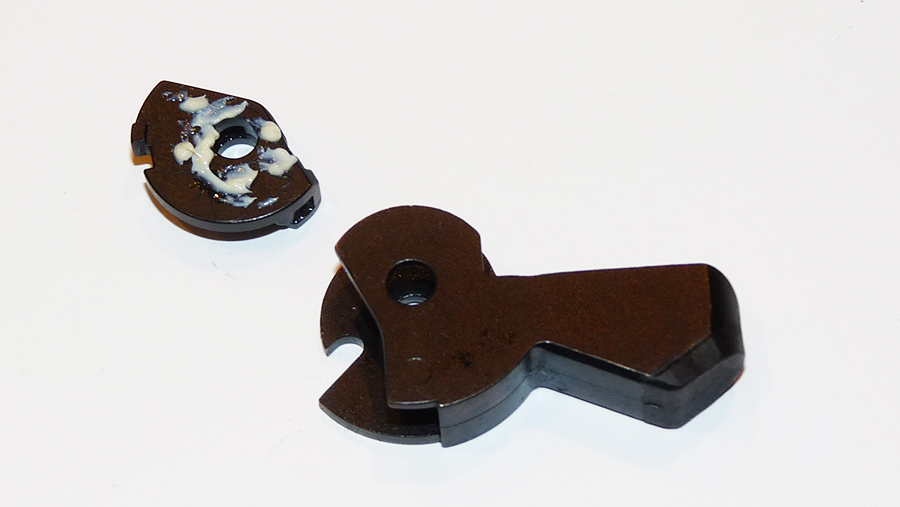 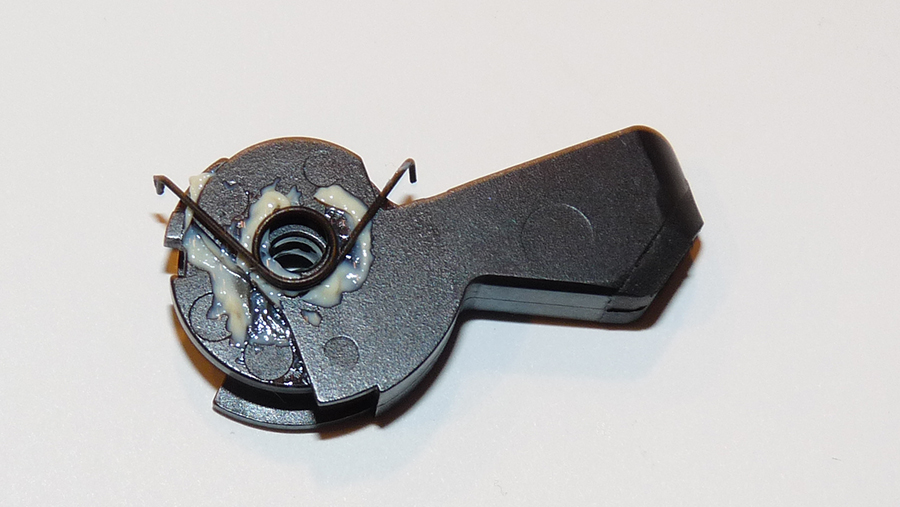 Step 7
• Lube or oil lightly the sear
• Locate the legs of the cocking piece spring. One leg will rest upon the hammer.
• Use the dental pick to pull back the 2nd leg of the cocking piece spring and insert the LEM sear in the opening between the flat spring and the leg that you are holding.
• You can also re-use the V3 sear (with decocker) if you do not want a gap on the left side of the hammer (more on that later) or if you are doing a V0 LEM conversion 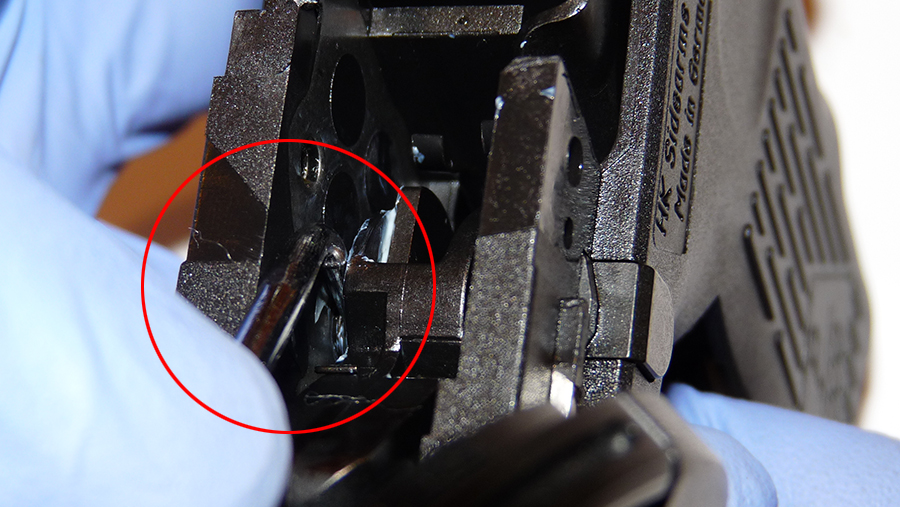 Step 8
• Both legs of the cocking piece spring should look like this; one resting upon the hammer while the other is resting against the face of the sear 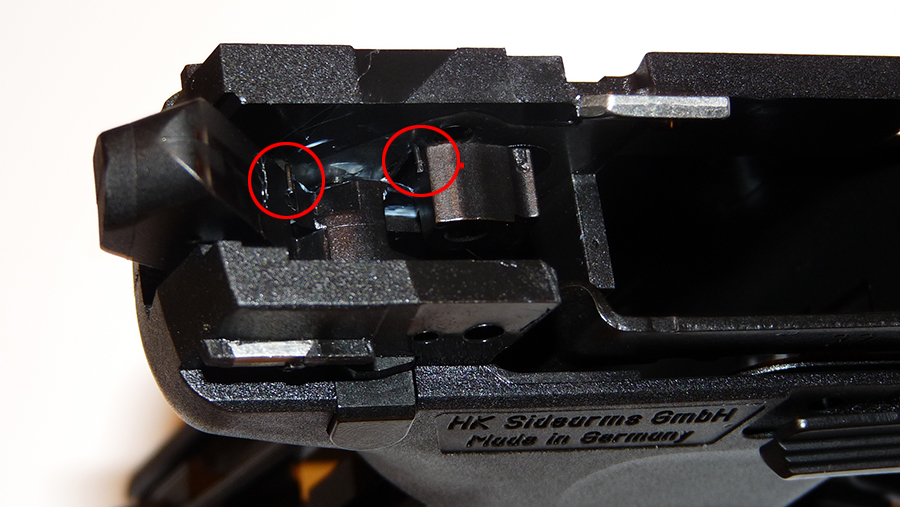 • When all parts have been re-installed, the hammer group should look like this 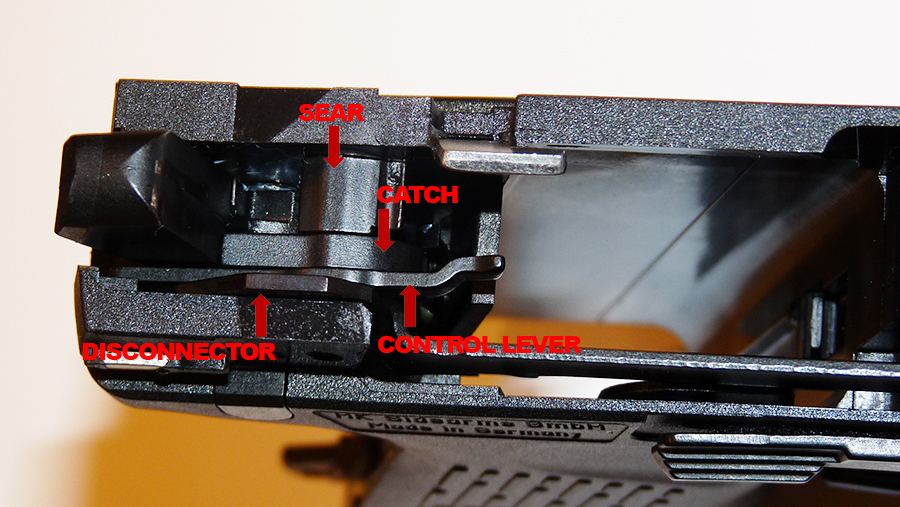 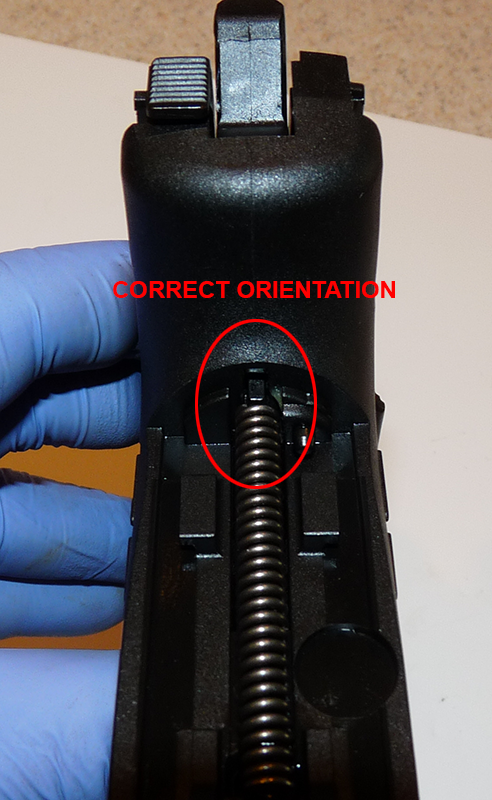 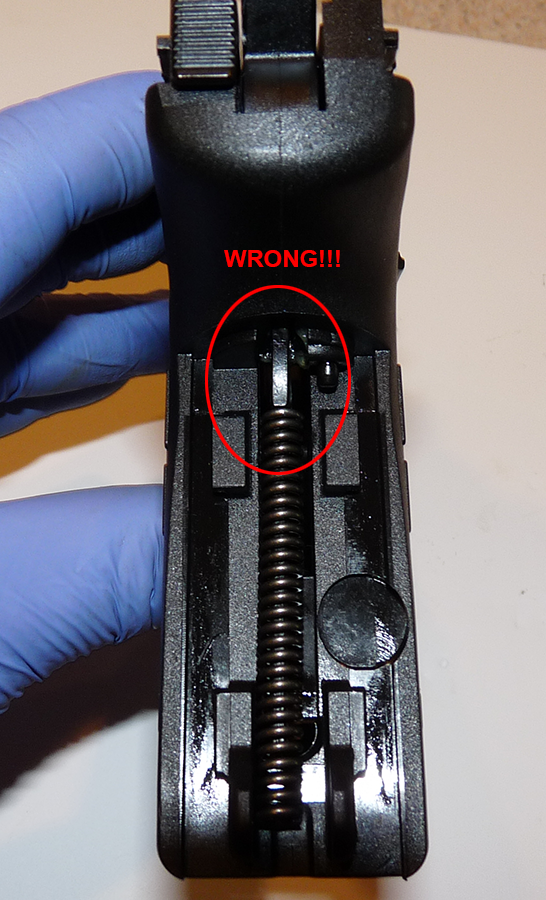 Step 12
• If you are converting to a V1 (Light) LEM, the next step is to swap out the V3 (DA/SA) Firing Pin Block Spring (FPBS) for the Light FPBS

Step 13
• If you are converting to a V2 (Heavy) LEM, the next step is to swap out the V3 (DA/SA) Trigger Rebound Spring (TRS) for the Heavy TRS

After the conversion is done, you will end up with a little gap on the left side of the hammer. 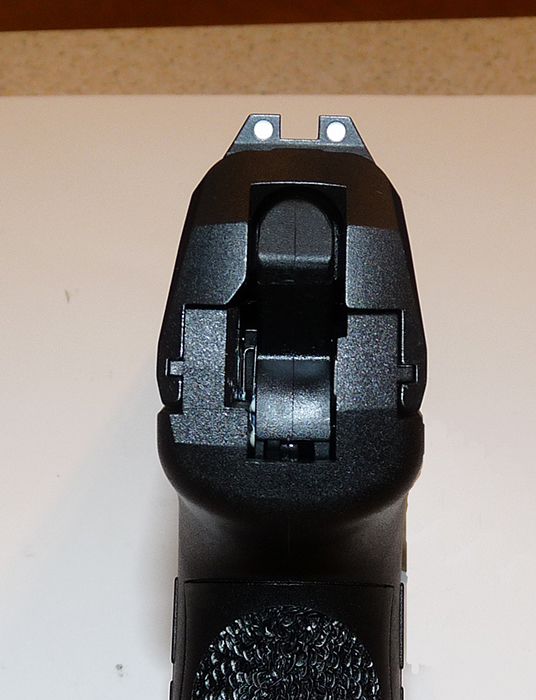 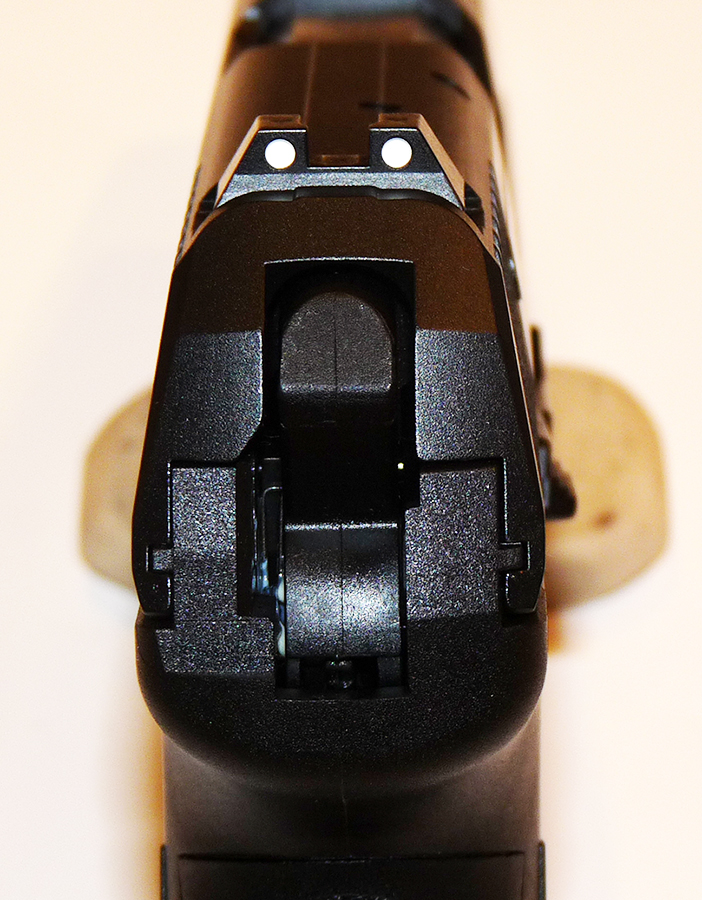 If you want, you can re-use the original V3 (DA/SA) sear with the decocker. There won't be a gap and the decocker can be used to release tension on the cocking piece & hammer springs (useful in certain situations like before holstering the pistol).

If you are converting to a V0 LEM, you must keep the V3 sear with the decocker. 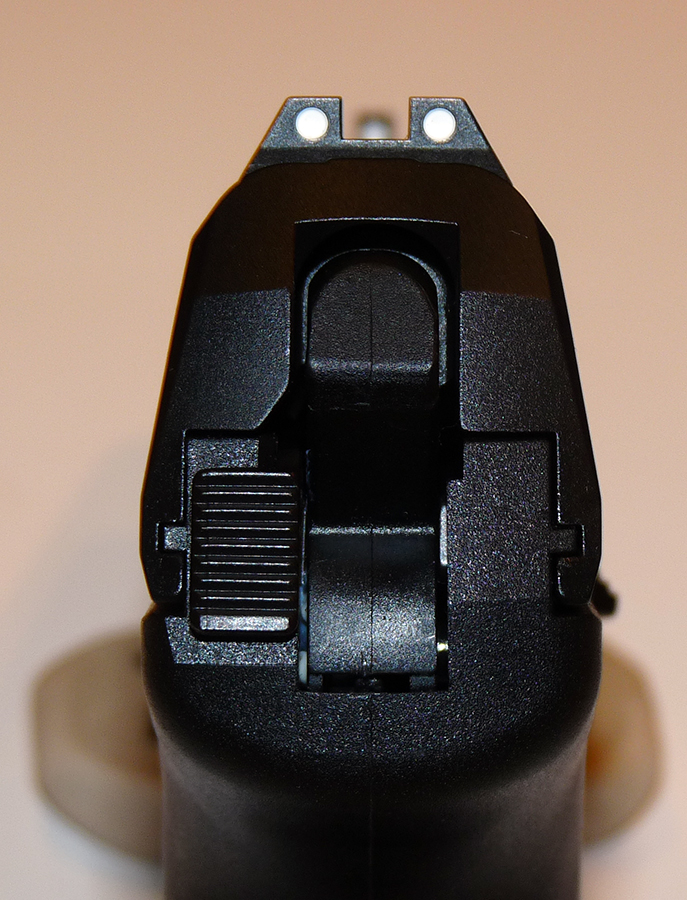 This is great that you figured this all out and spent the time to post the process for us. I can follow along just fine. I'm glad this can be done without permanently altering anything in case I want to revert. I wish I could see all the pics you posted too so I can put it all together in my head easier. Did you know that the images are down off the website? Anyways thank for putting the work in to explain the process.
Upvote 0 Downvote
Read more…
Menu
Log in
Register
Install the app
Top